Simply enter the discount code (LOVETRANSITIONS) for 30% off film tickets.

And from Sat 19 March you can get 50% off film tickets using the discount code JUSTINTIME.

The Transitions Film Festival is back for 2022 with another huge line-up of inspirational films about the megatrends shaping our lives and the solutions to our greatest challenges.

We asked our Volunteer Film critic to watch and review some of the environmentally focussed films. Read on for 5 PEC movie reviews.

When: The virtual program is available online, on-demand now until 22 March (extended).

Where: All films are available to watch on-demand ONLINE.

How to watch: simply follow the links below to access these films, or head to www.transitionsfilmfestival.com/program-2022 to see the full line up of films.

Cost: $12 ($9 concession) per film. Once you’ve unlocked a film, you’ll have 72 hours to watch it. Festival passes are also available. Thanks to the Transitions Film Festival, we’ve got a special discount code for PEC supporters. 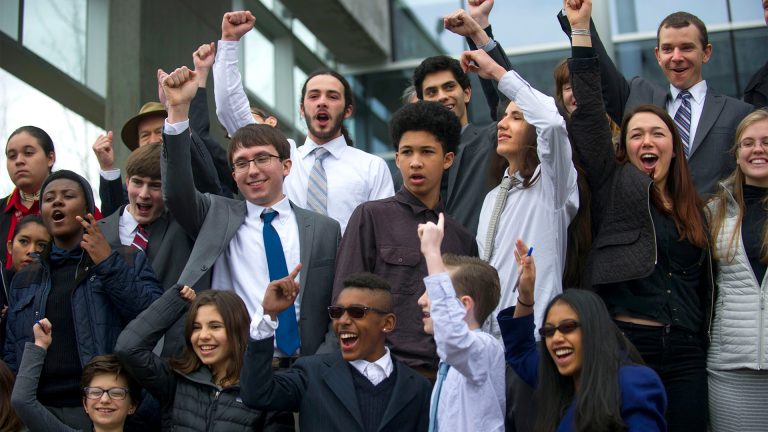 Youth v Government had our movie reviewer dancing at the computer.

From our movie reviewer:

“Here’s potential family viewing — the climate change activism documentary ‘Youth v Gov.’  Young people will be the most impacted by climate change, but how to make an impact?  Youth v Gov follows the journey of 21 plaintiffs aged 13 – 24 suing the American government over lack of action on climate change.  You wouldn’t think the 5-year legal battle for violation of constitutional rights to life, liberty, personal safety and property would tug at your heartstrings so and have you leaping up ‘yes’ from the couch — but it does. Engaging characters find their collective voice, there are viewer-friendly insight into the cumbersome legal system, and excellent music.

If these kids can continue, so can all of us.

Yes, I really got into it. It might not be appropriate for the younger ones or really sensitive kids, but in the end it is very uplifting.”

Screening with short film – Humanity Has Not Failed Yet 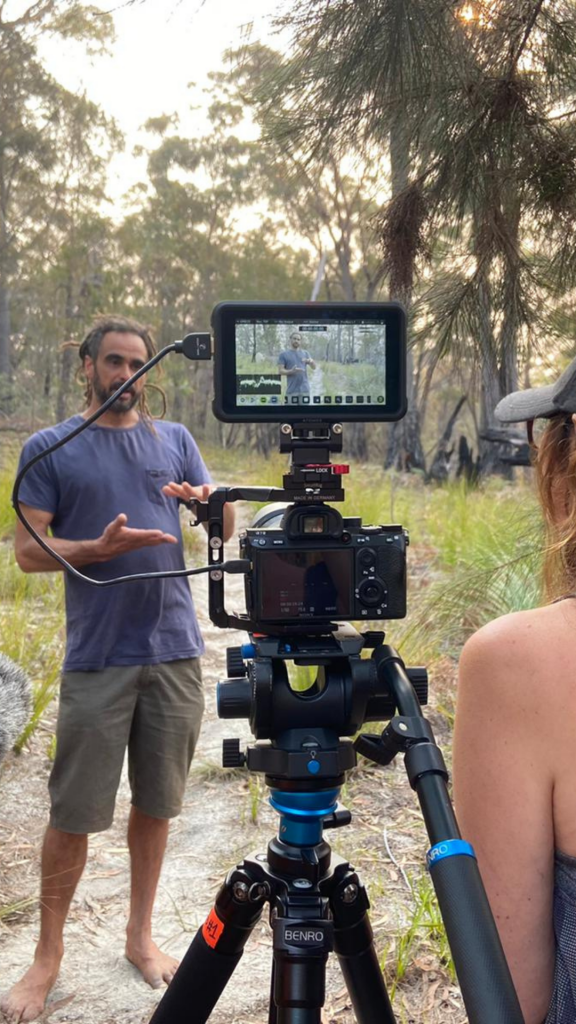 Three 2021 films highlight the recent bushfires and climate change, with a focus on lessons to be learned from traditional custodians of country.

In the international award-winning Inferno Without Borders, the consequences of a lack of cultural burning since colonisation are explored, plus the potential for renewal of healthy bushland with integration of indigenous wisdom.

The short docos packaged with the main feature profile Noongar man and AFL defender Neville Jetta as he discusses his reconciliation vision in Heal Country, and A Community Under Fire tells the crisis story of Birdwood, NSW.

Note:  Inferno Without Border is exempt from classification, and there is a warning that people under 15 years must be accompanied by an adult. 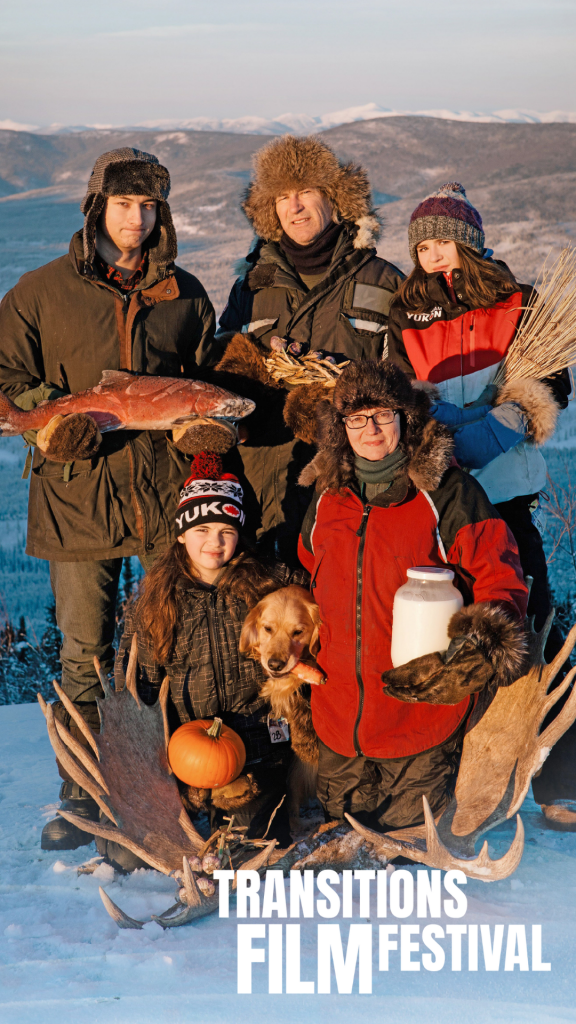 Putting food sovereignty to the test in the far North of Canada, filmmaker Suzanne Crocker, living just 300 km from the Arctic Circle, bans all grocery store food from her house for one year. Add three sceptical teenagers, one reluctant husband, no salt, no caffeine, no sugar and -40 temperatures….and you have yourself an impossible challenge. Or is it?

From our movie reviewer:

“The changing seasons near Dawson City, Yukon (pop 1,500) are spectacular, with a surprising array of local foods hunted, fished, gathered, or grown in the local area.  From farthest North apples and overwintering bees to happy cows and root cellars, learning to cook with local ingredients, and engaging with First Nations community, her honest ups-and-downs and tenacity are inspiring regardless of ecosystem.

Gentle warning for those sensitive to brief scenes of hunting and butchering animals. “ 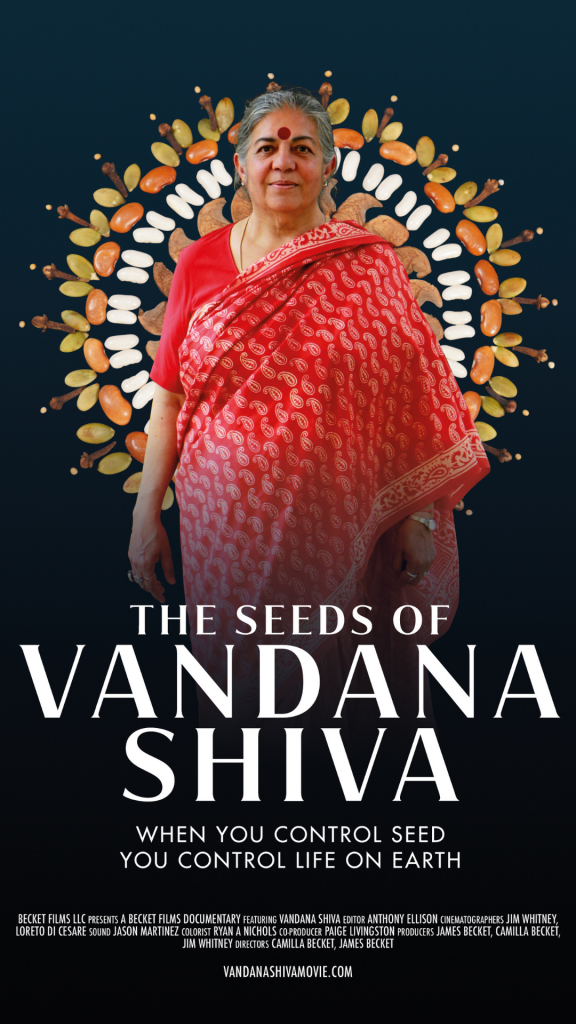 In her colourful sari and large scarlet bindi, Dr. Vandana Shiva is an arresting presence: She galvanizes crowds, advises government leaders, fields constant calls from the media—then retreats from big-city buzz to work alongside small farmers across the developing world.  But, who is Dr. Shiva? What is her mission?

An intimate portrait of one of the most recognised environmentalists on the planet, The Seeds of Vandana Shiva inspires us all with the story of how she became a planetary changemaker.

From our reviewer: “For parents and teachers, scientists and artists, food producers and even if you just eat, this film finds a place for all of us in the ecological food web.  Half the Transitions Film Festival documentaries this year were directed/produced by women, including this one.

Vandana’s warrior message has a special place for women in the regenerative agriculture and earth democracy movements.  Her forthcoming book carries the fight forward beyond Monsanto, now Bayer (USA) and the BASF line (German) of glyphosate and genetically modified seeds, to the billionaires’ pursuit of profit and monocultures, exerting external control over every aspect of our lives.” 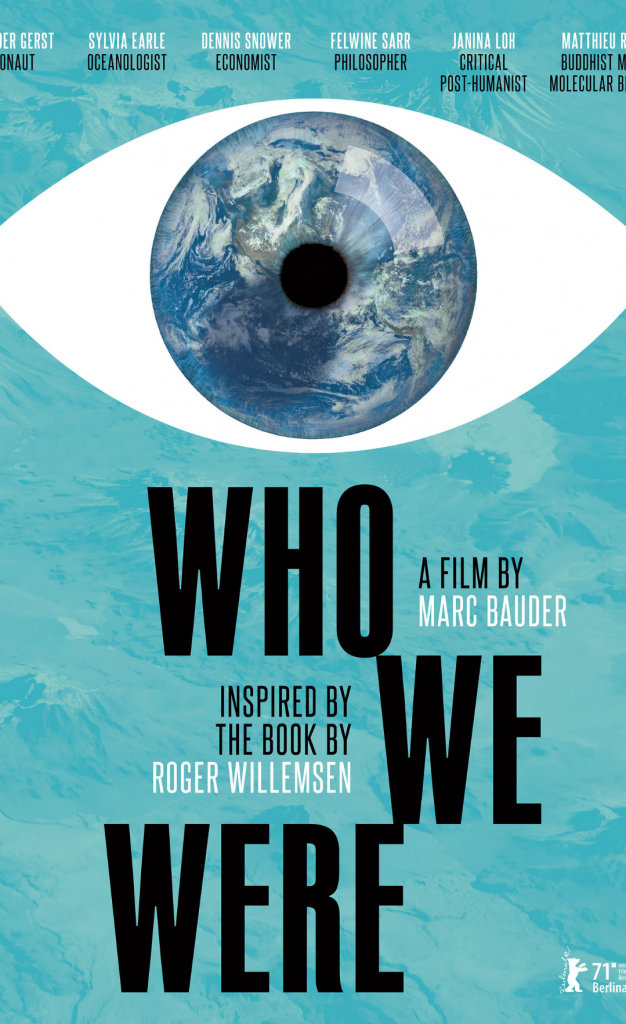 They don’t meet, but perspectives from six big-picture visionaries are profiled, often with interesting juxtaposition of themes.  With amazing cinematography and vibrant colours, there’s an astronaut with over a year in space seeing hurricanes form and missiles flying, and a marine biologist who loves the threatened oceans as the heartbeat of the planet.  A Senegalese scholar ruminates about overlooked African contributions to knowledge, related to the artificial human-nature divide and local adaptations that will help survival in chaotic times.  In bleak modern settings, an economist laments his adherence to neoliberal orthodoxy until recently and tries to redefine wealth, while an technology philosopher visits Fukishima and explores robot ethics.   To round things out, the Buddhist monk Matthieu Ricard,  well known for university studies of his meditating brain, suggests neuroplasticity and a move away from extreme individualism offer us evolutionary options.

Who Were We asks what the future will think of us.”

See the full program at www.transitionsfilmfestival.com/program-2022

Tell us if you watch something great, so we can add it to our recommendation list.